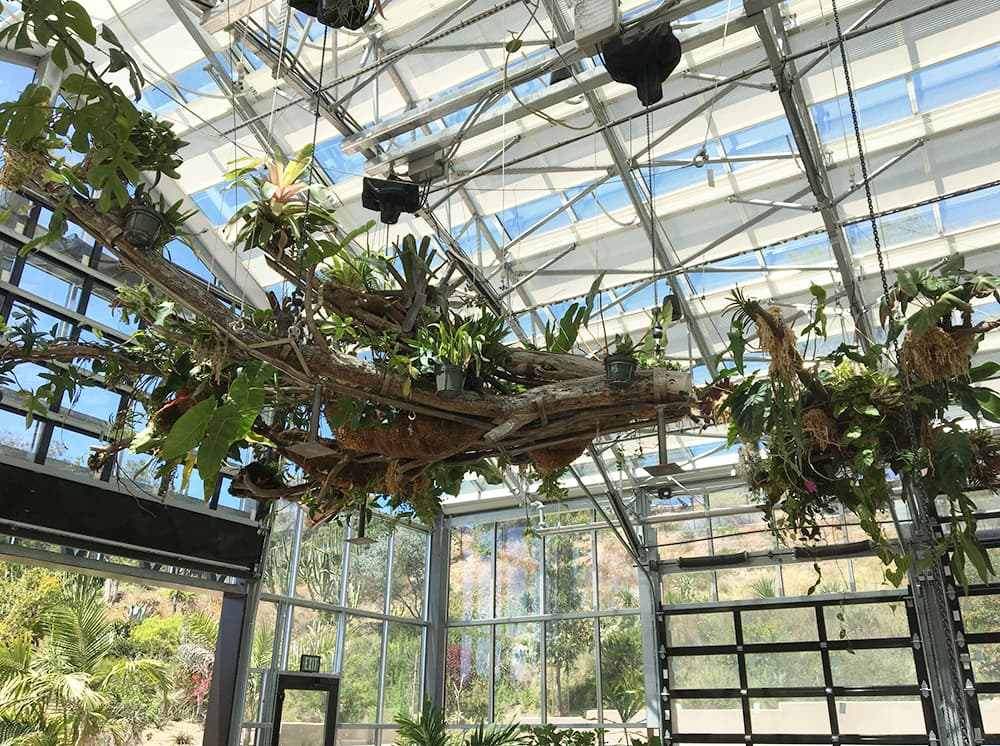 Ms. Sparky Electric is a well-regarded and well-loved electrician serving the San Diego area. Based in Encinitas, owner Mary Stapleton and her crew complete both residential and commercial projects and are known for their great customer service, impeccable electrical work, and “Rosie the Riveter”-inspired design on their company vehicles.

As a long-time client of Modmacro (see their award-winning website ), Ms. Sparky approached us about helping to promote an exciting project they had just finished that really showcased the company’s abilities. The project involved running the electrical at a new educational center at the San Diego Botanic Garden in their home city of Encinitas. The new electrical circuits they installed power the facility’s special feature: “living chandeliers”, which are tropical plant displays that can be raised and lowered to modify the room’s atmosphere with the touch of a button.

To reach a broader audience, we crafted a press release that detailed Ms. Sparky’s work on the project and distributed it to major media outlets. It included details about the project, as well as a very complimentary quote from the project’s designer. The press release was picked up by over 100 notable publications. In addition, the project was featured on MySanDiego.org in a glowing article, where readers—many of whom are in Ms. Sparky’s service area—could learn more about the company.

The press release and MySanDiego feature were shared with Ms. Sparky’s Facebook followers and received a ton of positive feedback. We also developed a series of Facebook and Instagram ads to reach San Diegans who didn’t yet know about Ms. Sparky Electric. In less than 30 days, the ads reached more than 7,000 people in the San Diego area and created more than 400 first-time visits to Ms. Sparky’s website. 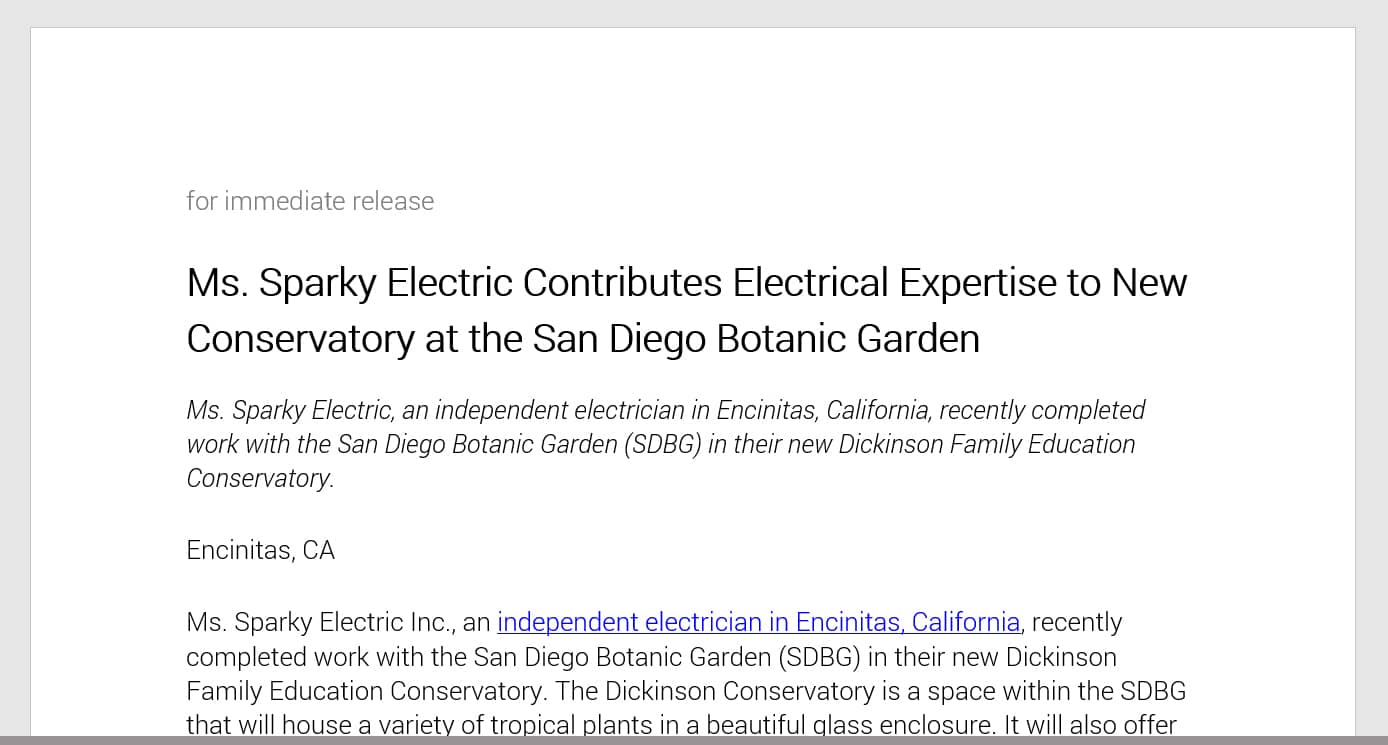