San Diego Business Experiences the Benefits of Having a Published Book

We are thrilled to announce that Our Code: AVPA’s Strong Commitment to Consistency and Service has received Honorable Mention in the 2016 Muse Creative Awards! The Muse Creative Awards is “an international competition for creative professionals who possess the unique ability to inspire with concept, writing, or design.” All entries are from individuals and companies billing less than $30 million annually, and are judged independently by senior-level professionals in the industry.

This is a unique book, which is why we submitted it to the Muse Creative Awards. Our Code tells the story of AV Programming Associates (AVPA), a San Diego-based company that, despite going though serious growing pains and changes over the years, has managed to stick to its core values and principles and always put the customer first. It resonates deeply with AVPA’s many loyal customers locally in San Diego and beyond, and others in the A/V industry can learn a lot from how author and company president Matthew Grisafe does business.

Here are a few excerpts to show why we are so proud to share this story:

On growing the company:

“Disappointment comes in all forms, but it almost always starts with a misalignment of expectations. Small business owners have to constantly recognize opportunities and must have the wisdom to decide which ones to pursue and which to ignore. Recognizing an opportunity and knowing that it may not be as good as it seems, is a skill worth learning. As the company evolves, you must be willing to re-evaluate at each stage of development.”

On persistence, especially at the beginning:

“I always tell new business owners not to get discouraged when they hit roadblocks. It’s common to hear a lot more no’s than yes’s when you’re first starting out, but if you allow yourself to get negative about it, then you really don’t have a chance.”

On holding on to great people:

“Once we have the right people on board, it’s up to us to keep them interested, challenged, and engaged. As the owner, I liken it to raising children. I try to recognize the areas where my team members have the most talent and passion, and I encourage them to grow. I also believe in empowering them so that they are making decisions that make a difference for the company. When you give people that level of responsibility, they tend to really shine, and they become even more motivated to learn and develop their skills.”

On knowing when to turn a project down:

“We take our time with customers before saying “yes” to a project, and I think some of my best jobs were the ones I never did. What I mean is that sometimes I can look at a project and know that because of the customer’s timeline, along with their expectations and personality, the potential fallout of the job going wrong would be more than any monetary gain. There have been some jobs that we quoted, knowing that if we won them, they could end up stretching us too thin and could impact the health of the company. I’ve learned to recognize gut feelings and pay attention to them. Early on, I would’ve been reluctant to turn down a project, but I know better now.”

Grisafe’s passion for his business is obvious in Our Code, which is why it has had such an impact on his customers. In fact, he has a few customers who have been so moved by the book, they have increased their level of engagement with AVPA.

AVPA has a customer that is naturally very cautious and slow to commit. When they first contacted AVPA nearly a decade ago, they were hesitant to get involved. They already had a San Diego-area programmer, and even though they’d been unhappy with the work that programmer had been doing for them, they weren’t ready to make a change. It took a long time and a lot of talking before this business owner trusted AVPA enough to give them a try.

The first job AVPA did for them was a raving success. Yet, it still wasn’t enough to keep this customer fully engaged. Sometimes, multiple years would pass before they’d contact AVPA again, and when they finally would, it was with the same cautious and reluctant nature they’d had in the beginning.

When Our Code came out, Grisafe sent an email to his contact list, letting them know about the book. He knew his colleagues and long-time customers would enjoy reading AVPA’s story, and he wanted to hear everyone’s reactions. To his surprise, that hesitant customer from whom he hadn’t heard a word in almost two years contacted him right away.

This customer didn’t just email Grisafe back to congratulate him on the book release. He texted Grisafe in the middle of the night to tell him that he had read the book as soon as he saw the email, and that he suddenly understood AVPA in a way he never had before. Reading about the history of the company and why they do business the way they do inspired him to reach out. Early in the morning after sending that text, the customer called Grisafe to again tell him how impressed he was after reading Our Code, and also to say that he was ready to do more work together.

They began a new project in San Diego together shortly after that phone call.

Tell Your Story, Engage Your Customers

We’ve talked before about the effect a book can have on your customers. Books are an incredible way to connect with people—they allow your customers to spend time with you and gain a deeper understanding of your business. We’ve seen it over and over again: Publishing a book sometimes brings new customers in the door, which is great, but it can also build trust and loyalty with customers you already have, leading them to renew and/or increase contracts and book new projects.

If you want to learn more about how a book can help you tell your business’s story, we’d love to talk with you. Whether you’re located in San Diego or anywhere else around the county, contact us today to get started!

Previous Post: « Modmacro Named 2016 Technology Innovator in Riverside County
Next Post: Murrieta SEO: How Do I Get My Business on Google Page 1? » 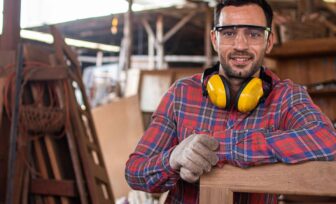 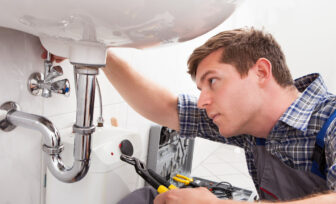 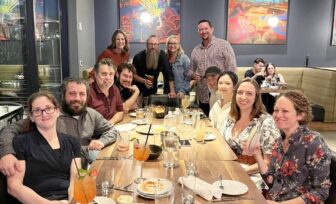